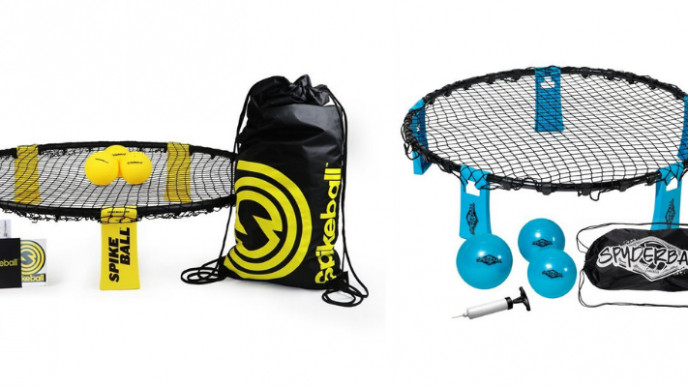 By now, you've probably heard about Spikeball. If not, here's a quick crash course: it's a game that's similar to volleyball and all about coordination. But instead of spiking the ball over a net, you spike it at the net.

The original Spikeball comes with a hefty price tag, but there's a new game in town that looks just as good – for about half the cost.

Allow me to introduce Spyderball. It's essentially a ripoff of Spikeball made by Franklin Sports and designed for younger players. And while the Spikeball Rookie Net set will run you $79.95, this kit only costs $39.95.

The name of the game is pretty simple, no matter which version you play. Use the net to spike the ball toward – or at – other players to try and keep a rally going. Just don't let it touch the ground!

You can play on just about any surface, from sand to grass or even indoors. The Franklin Spyderball game includes a frame and net, a practice ball, two performance balls and a mini pump with a needle, as well as a bag to hold everything. And yes, it ships free!