In case you needed a reason to finally splurge on that YETI cooler
By Danielle Doiron, 1 year ago 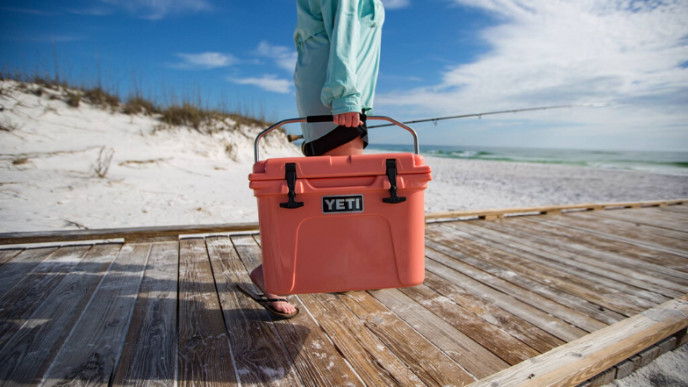 I can't be the only one who's toyed with the idea of buying a YETI cooler for years now. They're easily some of the best coolers you can buy in Canada, especially if you want something heavy-duty that still comes in a manageable size (and cute colours) – but, as you probably well know, they're expensive.

YETI products across the board rarely go on sale, and that's especially true of their coolers. I practically do a little happy dance in my computer chair the rare times I see one for a few dollars off – and even then, it's usually only their soft-shelled ones like the different YETI Hopper models that are ever marked down.

That's why I was pretty pumped to see this promotion at Sport Chek. From Dec. 12 to 23, you can score a $50 promotional card toward your next purchase. All you have to do is spend at least $199.99 on YETI coolers. And let's face it, that won't exactly be too challenging, since they start around there anyway.

One important thing to know is that this offer only applies to YETI coolers. You can't buy almost $200 worth of YETI tumblers or travel mugs and expect to receive a promotional voucher. The deal is available in stores and online, but you'll probably have better luck tracking down items in-person. Many are currently out of stock on the web, or you can check Atmosphere, which is running pretty much the exact same promotion.