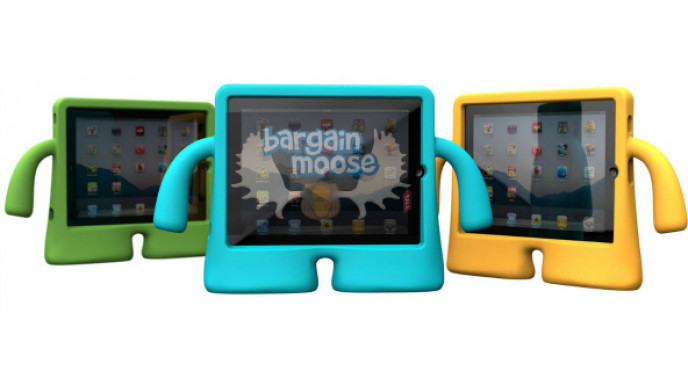 I don't have an iPad and my son isn't overly interested in my tablet yet (other than mindlessly poking it) so I have no need for something like this. I'd also never buy an iPad but that's a different type of article all together.

That being said, this little guy is beyond cool. It's essentially an iPad stand that is made of foam, shaped into a little guy with arms and legs. The foam protects the iPad if it gets tipped over and it's fun for kids. The description says it is for iPad 3 but it also works for iPad 1, 2 or 3. Or the new iPad. Whatever Apple wants to pretend it's called.

I did a bit of poking around for other prices and the last generation of this stand is around $37 on Amazon.ca, and on Amazon.com this same product is $5 more. It doesn't seem like much but $5 on a $25 product is a lot.

This is under the $25 free shipping limit so if you want free shipping, you'll need to buy at least another $3 worth of stuff. Should be easy to do.