This Mystery Box is a Must-Have for Shopkins Fans 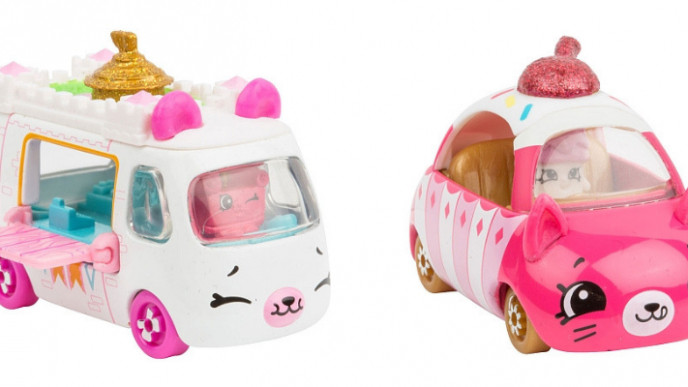 If you know anyone who's absolutely obsessed with Shopkins, buckle up – because we might have just found the ultimate Shopkins surprise toy.

It's part of the Cutie Cars line and, fittingly, it's called the Cutie Cars Mystery Box. They're available at Toys R Us Canada now, and you can order one for $44.99.

While we've seen a few different Shopkins mystery boxes at Target in the United States, this is the first time one is officially for sale. But first, let's answer the No. 1 question:

What is the Cutie Cars Mystery Box?

Well, some Cutie Cars have been invited to a Royal Tea Party. Eight invites were sent out only to the most glamorous cars in the kingdom – so you can open the box and discover who they are!

The set comes with eight different mystery glitter Cutie Cars and eight mystery Mini Shopkins. I've only seen it at Toys R Us Canada, but stay tuned to see if it goes on sale there.

Of course, you can still buy the Shopkins Cutie Cars individually, if you only want one or two. Just remember that you won't find the exclusive Royal Tea Party Cutie Cars anywhere else.