The Poopsie Pooey Puitton is Now on Sale for $79 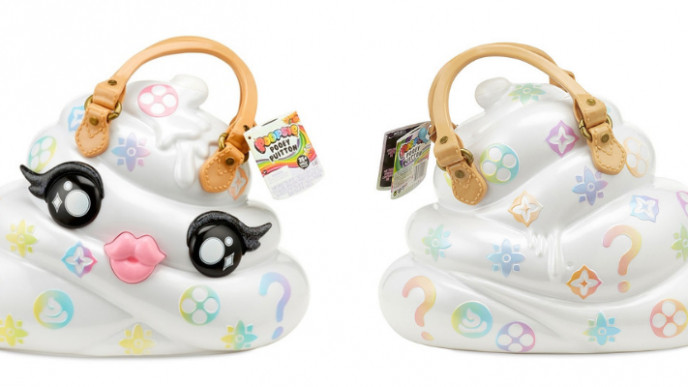 Let's face it, there's probably a very slim chance any of us found an authentic Louis Vuitton under the tree this year – but the kids might be hoping for a knockoff of their own!

Allow me to introduce you to the Pooey Puitton. It's a slime kit made by Poopsie, and it's designed to look like an LV purse.

After seeing them pop up in a few other countries, these "purses" are finally on sale in Canada. And if you're still a little confused about what exactly the Poopsie Pooey Puitton is, just keep reading.

What is the Pooey Puitton?

Well, it's pretty much the ultimate slime-making kit, especially if you love sparkles! It includes everything you need to make unicorn poop, and it will work best with the Poopsie Unicorn Surprise.

Right now, it's at Chapters Indigo for $79 (from $99.95), and Well.ca has it for $80. It was marked down to a similar price at Walmart Canada, but it's now out of stock there. The set will ship for free from both stores, but you might as well grab the deal while you still can.