This device is smaller and completely handheld
By Danielle Doiron, 2 years ago 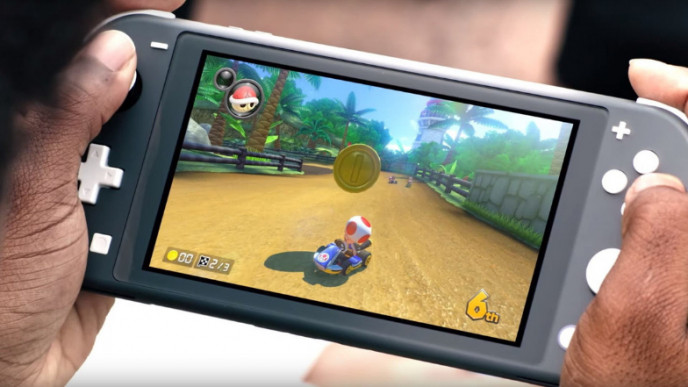 If you or anyone in your family games, the Nintendo Switch has probably taken over your house. I swear I find game cases just about everywhere (and of course nothing ever gets put back in the right one). Well buckle up and get ready, because things are about to get a little more intense.

Nintendo recently announced plans to release a brand-new console: the Nintendo Switch Lite. It's basically a smaller version of their hybrid console – and they'll be available in Canada this September.

The Nintendo Switch Lite will officially hit shelves on September 20, 2019, and you better believe it will be on a lot of Christmas lists this year. Nintendo is advertising an MSRP of $259.99, which is a steal.

Compare that price to the Nintendo Switch, which has an MSRP of $379.99 in Canada, and I can definitely see why people are getting excited about this thing. Actually, you don't even have to judge them for yourself, because Nintendo put together a comparison chart with all the details you should probably know.

Other major differences between the two are their relative sizes and just how you use them to game. The Nintendo Switch Lite measures only 3.6" x 8.2" x 5.5" (with a 5.5" screen) and is exclusively a handheld gaming system, which means you won't be able to hook it up to a TV. It's compatible with all existing Switch games that support handheld mode, so you don't need to run out and buy games you already own. Finally, the Nintendo Switch Lite should have a slightly longer battery life (3 to 7 hours compared to the Switch's 2.5 to 6).

Can't wait for this to come out? We're pretty excited, too, so we'll post updates about where you can buy the Nintendo Switch Lite in Canada as soon as we learn more information. So far, we know it will be available at Best Buy and Walmart, and chances are we'll find it at other gaming stores, too. So stay tuned!