Best Buy has three models in stock, and they're all designed to fit into tight spaces
By Danielle Doiron, 3 weeks ago 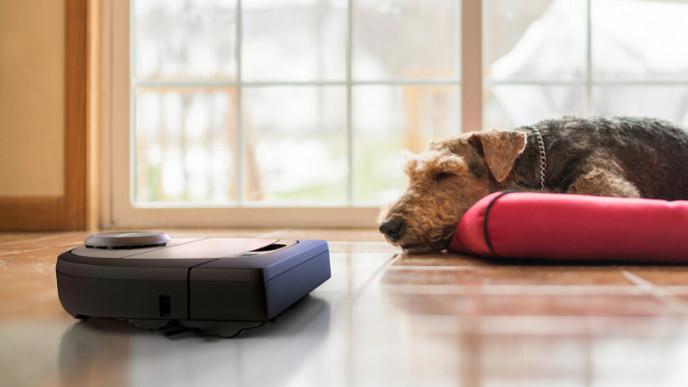 Robotic vacuums are just about everywhere these days. While I don't own one yet, I know more than a few people with a Roomba of their own. Even Dyson recently joined in on the fun and released a new model of their own, known as the Dyson 360 Heurist. That one, however, sells for $1,199.99 in Canada and (according to the product description, at least) doesn't do much to tackle a common problem with these machines.

Many robot vacuums just aren't designed to fit into tight spaces. That's often because they're round, so they can't make their way into corners. Neato Vacuums, on the other hand, are D-shaped, so they can squeeze into all those hard-to-reach places. And compared to other options on the market, they're pretty affordable.

Three different Neato models (including one in two colours) are available online at Best Buy, and prices start at $443.98. While it's not the lowest I've ever seen for a robotic vacuum, I won't complain about shelling out a little more if it means my entire place gets clean. All models are app-controlled and use "LaserSmart technology" to map out a grid of your home and mark "No Go Lines" to avoid things like pet bowls and décor.

Their newest model is this Neato Robotics Botvac D7 Connected Robot Vacuum. It's a little steep at $999.99. It has something called "Zone Cleaning," which can help identify trouble spots that might need extra attention or more regular vacuuming. This vacuum can also capture almost all dust mites and allergens.

You can schedule and begin vacuuming from anywhere via the app, so you'll never have to lug out a massive upright cleaner again. Shipping is free when you spend at least $35, which includes the vacuums.

Where Kids Can Eat FREE

Up to 40% off Movie Tickets