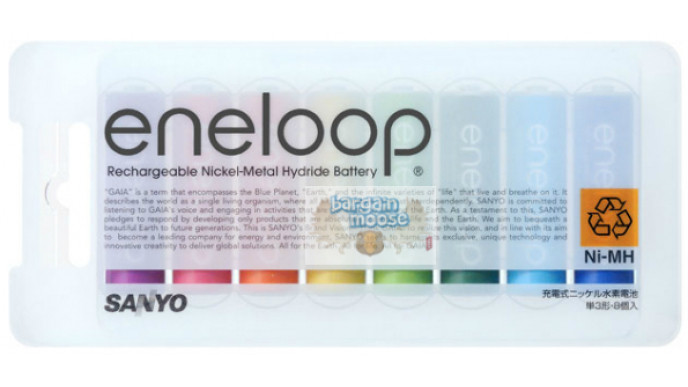 I've got the power! And so does NCIX. Get 50% off the power of Sanyo's Eneloop Rechargeable Battery Kit and pay only $20.

You know, I used that exact same joke when I wrote a deal up for a different Eneloop product that Dell had on sale a few months ago. At least I'm consistent. Oh well, the reason I looked up that other deal is because I wanted to see if I had mentioned that I actually own a Sanyo rechargeable battery kit or not. As it turns out, I didn't.

But I do own one and it is fantastic. I've owned it for years. Years and years. I owned it when I was in my first apartment after college. I moved out of that apartment over four years ago and I know I had the rechargeable battery kit for a few years before that so it's been a good long while that I've had them and they still work! They aren't actually branded Eneloop but are still Sanyo so probably just what they had before they released the Eneloop brand.

The product itself is a wall charger that comes with four AA and three AAA rechargeable Ni-Mh batteries. They come pre-charged, last longer than alkaline batteries and don't suffer from memory.

Do you use rechargeable or alkaline? Let me know in the comments below.