Medal of Honor Week at GamersGate.com: PC Games for Under $6 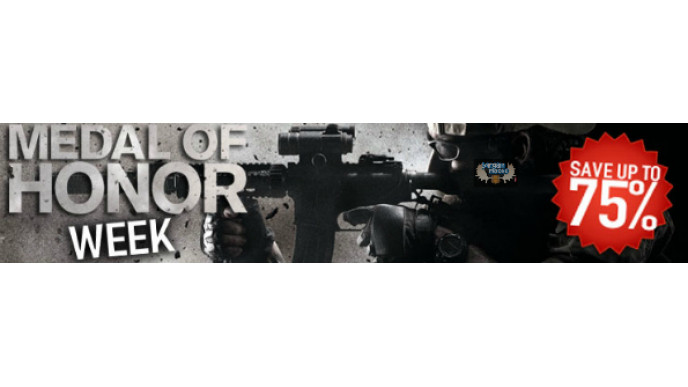 War is hell. Thank God you don't have to go to war. You can just kick it in your computer chair and play Medal of Honor on your PC for under $6.

They have two games on sale:

Sometimes when I put up deals that are THIS good I just want to go all "Insane Sammy Nutball's Used Car Emporium" on you. Prices so low they're INSANE! BLLLAAAAHHH!!!

I need a straitjacket.

Anywho; onwards and upwards. I haven't played either of these games so I can't vouch for their quality (MetaCritic rates them both around 75/100) but I have played games in this series. More specifically I played a TON of Medal of Honor: Allied Assault: Spearhead. So I can vouch that the series has had some gems.

Regardless of quality or age (The games are from 2010 and 2007) for $6 and $2.50 you really can't go wrong picking these up. There are a few things about this Medal of Honor week deal that makes me think they are planning another Medal of Honor week soon or that they will be adding games later on in the week. Make sure you keep on checking back here for more deals!