The Creatable World collection is now in stores across Canada
By Danielle Doiron, 2 years ago 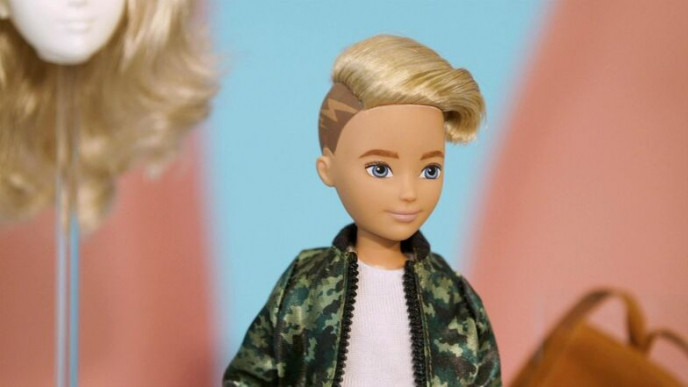 When somebody mentions Mattel, the first thing I think about is Barbie. The toy company first released their iconic doll 60 years ago, and she's been a childhood staple ever since. Mattel has come a long way since Barbie made her grand entrance, and now they're launching something new: their first gender-neutral dolls.

Mattel unveiled the Creatable World collection earlier this week, and I have to say, I was pretty blown away when I saw the designs. But, most importantly, they'll give kids the chance to completely customize their dolls over and over again to create one that looks exactly like them on any given day.

The new dolls are available in different skin tones, and each one sells as part of a kit that comes with two wigs of with different hair lengths and textures, as well as different wardrobe options. Every doll can be customized in more than 100 ways, so you could style them in a new way every single day.

As a company spokesperson said, these dolls are meant to be relatable, and they definitely aren't Barbies. Everything in the Creatable World line was designed over a period of 18 months, and Mattel worked with children of different gender identities and their families to figure out what they were looking for in dolls.

I have to say, the result looks incredible. Creatable World dolls are already available in Canada, and I'd definitely be willing to shell out the big bucks for one ... but these kits are actually pretty affordable! Walmart has them for the lowest prices I've seen at $39.97 a kit, and they're also at Toys R Us and Mastermind Toys.

For now, there are six different dolls to choose from, and I'd bet that we'll see additional accessories (and hopefully a few more wigs) from Mattel over the next little while. If any show up, we'll let you know!