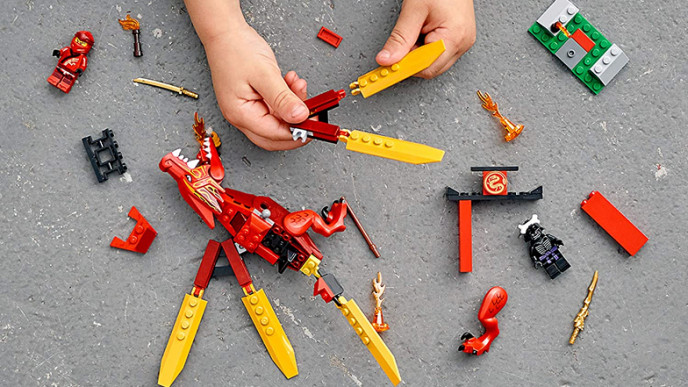 The LEGO NINJAGO Legacy Kai’s Fire Dragon 71701 has had a price drop at Amazon Canada and is now $19 instead of $24.99. This is a price match to Walmart's LEGO deal, and is likely to sell out rather quickly.

The LEGO NINJAGO Legacy Kai’s Fire Dragon 71701 is an 81 piece set so it's a decent size for the money. It features Kai and the Fire Dragon plus Lord Garmadon from season 1 of Ninjago.

Comes with a LEGO Starter Brick base, ninja Kai, the Fire Dragon, Lord Garmadon, a mini fire temple, the Sword of Fire and two fire elements.

This Red Dragon over 6cm high, 6cm long and 23cm wide, plus you can move its legs, wings, tail, head and mouth.
Suitable for children aged four years old and above.

Delivery is free of charge for Amazon Prime members or those of you spending $35+.