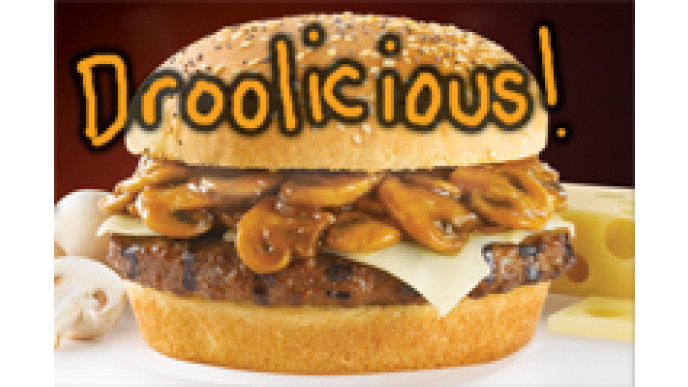 Harvey’s Canada have released a brand new hamburger! It’s called the Angus mushroom melt and it looks pretty juicy. They’re giving out a free coupon which you can print out at home. It entitles you to a buy 1 get 1 free offer.

On the Harveys home page, there is a piccie of the Angus burger, and they’ve added a little animation of steam coming off the burger, making it looks pretty tantalizing! I will admit I’m not a big fan of mushrooms. I’ll eat them if they happen to be on there, but I won’t go out of my way to add mushrooms to something I am actually cooking for myself. This burger seems to be loaded with mushrooms!

I once heard that if you eat too many mushrooms, they’ll actually take root in your stomach, and start to grow. Eventually, they’ll sprout from your earholes too. It’s true.