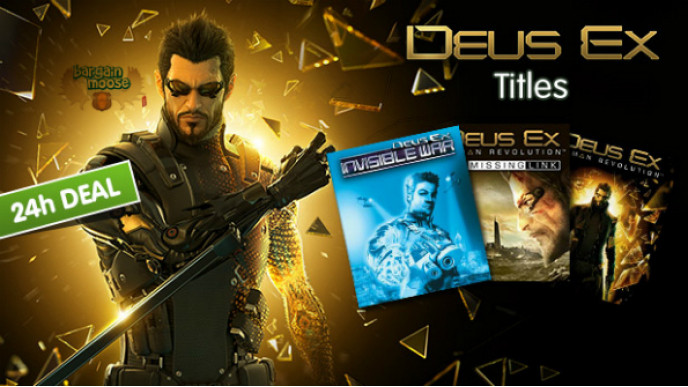 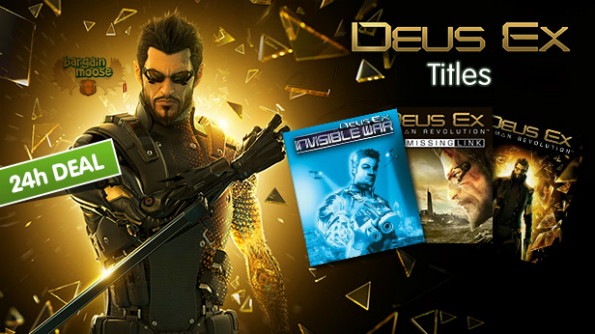 Want an RPG? Of course! FPS? Yep. How about some stealth action? Uh-huh! How about ALL of it in one game for 50% off?

There are three games in the series and they are all on sale right now!

There is some DLC on sale as well for as low as $0.49. These are PC downloads, so there is no shipping.

I think GreenMan is one of the most attentive game stores around. They constantly have sales related to some recent news. A couple weeks ago Eidos announced a new game in the Deus Ex franchise called Deus Ex: The Fall. And here we are a few weeks later and GreenMan has a Deus Ex sale. Here's the kicker: Deus Ex: The Fall, so far, is not a PC game. It has been announced as an iOS and Android game. That means that GreenMan isn't giving you a 75% discount on the older games to get you ready so that you buy the new one when it comes out. You know it's a good company when they drop a game by 75% just because. They are definitely tapped in to the community.

This deal expires soon so get it now!