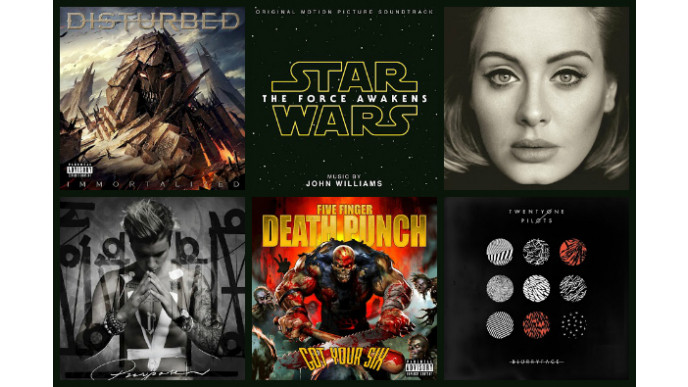 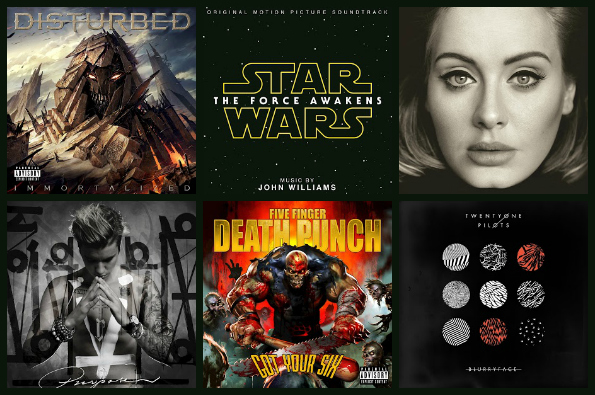 The Google Play Store is offering an unheard of discount - get 50% off ANY one album of your choice. You can use this promotion once - so make it good! It does not matter if it is an old album, a new album, a big album, or a popular album.

You will see a little pop-up window with the offer, and it is also advertised on the music page as well. You only get one shot at this offer so make sure you pick the digital album you want to own the most. I thought I would make a few recommendations based on my personal experience and on what is currently popular.

If you are a major Star Wars fan, then you need to pick up the soundtrack to the movie. The music is composed by John Williams - a legendary composer for many of your favourite movies. The album comes loaded with 18 tracks. Originally $10.99, you can pick it up for just $5.49.

Adele stole our hearts and refuses to give them back. It doesn't quite matter to me as this woman is incredibly talented with a voice I could listen to forever. This is her third album and already it is making waves for the sheer beauty of it. Originally $10.49, the album comes down to $5.24 after discount. If you are wondering about the name of the album... just think of her age.

I am into metal and recently found the band 'Five Finger Death Punch' - instant love. The second I heard "Jekyll and Hyde", I was hooked! I also really like the song 'Washed it All Away" - it is fantastic! If you are into heavy rock or metal, this is a great brand that you must try. The deluxe album comes with 14 songs. Originally $11.99, this album comes down to $5.99 after discount.

I am STOKED that there is a new Disturbed album out. Disturbed and Metallica were my first introduction to that mid-ground between rock and metal. I love the lead singer's voice and - from a quick listen - this album sounds like pure Disturbed goodness. Originally $10.49, this album comes down to $5.24.

Remember - you can only use this discount once. You must redeem your offer through here but you can choose any album.