Free Mario Game With a 3DS at BestBuy.ca 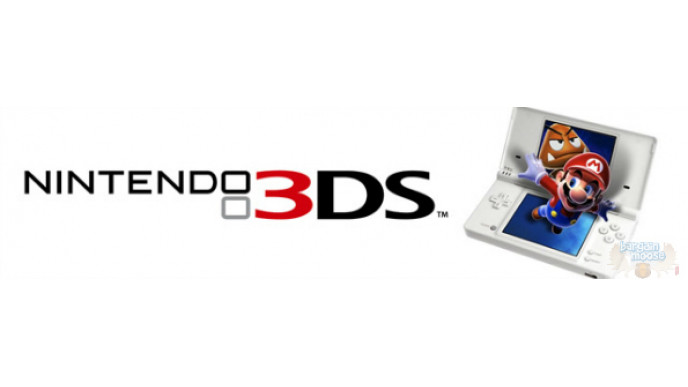 The only thing better than Mario? Free Mario!

First up, the details: You put the 3DS in your cart then the game, and the discount to give you the game for free will be added at checkout. It looks like quantities are fairly limited so you should get on this deal fast. You can choose from any of the four 3DS colors. For the uninitiated this is the "marketing description" of the 3DS:

The Nintendo 3DS puts the power of cool 3D gaming in the palm of your hand. Its dual screen design remains true to its predecessor, but the top screen can display 3D visuals without the need for special glasses. And with a great selection of games to choose from, you'll enjoy an immersive experience anywhere you go.

This is actually a very sweet deal. You buy a 3DS for  regular price ($169.99) and then choose from one of three Mario games. You can choose from Mario Tennis Open, Super Mario 3D Land and Mario Kart 7. The 3DS is a cool console but when you're talking about getting a Nintendo console a big part of the package is the software available. More precisely, the Nintendo software available... Mario, of course, is top of the heap when it comes to Nintendo games. If I was going to choose one, I'd choose Super Mario 3D land but that's just me. Here is a mini rundown of each game.

Not much to say about this one. It's a tennis game with 16 Mario characters. It isn't overly complex and seems to even be lacking in features compared to Mario Tennis and Mario Tennis: Power Tour.

Shigeru Miyamoto (creator of Mario) has described this game as "3D Mario that plays as 2D Mario." By that he means that this is primarily a side scrolling platformer but it brings in some of the gameplay traits of the 3D Mario games. This is the fastest selling handheld Mario game and the best selling game on the 3DS.

This was the first Mario Kart game in about three years. It is similar to its predecessors in that you use Mario characters to race carts around Mario-based tracks. There are a few new features in this one such as first person view and hang gliding. You can use the gyro to play the game instead of the traditional button control.