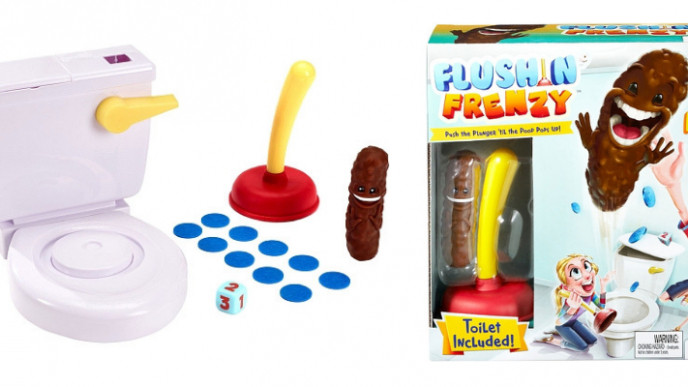 I can tell you one thing about this year's must-have toys: a LOT of them involve poop. And this game, Flushin' Frenzy, is no different.

The object of the game is to plunge the toilet until a turd flies out – and then try to be the first player to catch it!

The reviews are mixed, with everything from parents saying it's disgusting to others who think it's hilarious. But no matter what, I can guarantee the kids will have a blast playing.

Flushin' Frenzy comes with a toilet, plunger die and 10 tokens. You flush the toilet to roll the die and then plunge the toilet the number of times it shows. Be careful, though, because the poop comes flying out of the tank at random!

The first player to grab it earns a token, and you'll get two if you catch it mid-air. Whoever has the most tokens at the end wins – or you can just play for fun without keeping score.