This thing is built to LAST
By Danielle Doiron, 3 years ago 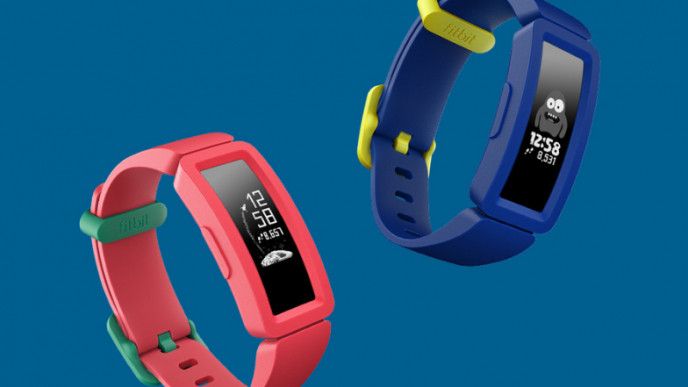 If you want to keep your kids off the couch this summer, there's a new device that just might help them get up and moving. Fitbit recently released an activity tracker just for kids, and it's in Canada now!

The Fitbit Ace 2 is their second-generation fitness tracker that's specifically made for children. It's as resilient as your kids are, so it'll last through beach trips and even wrestling matches with their siblings.

The Fitbit Ace 2 activity tracker for kids comes in two colours – watermelon and night sky – and is intended for wearers who are at least six years old. And here's where things get really cool.

It's water-resistant up to 50 m, which means your kids can wear it to swimming lessons – and you don't even have to remind them to take it off before they shower. The battery also lasts for up to five days, which is perfect if your kiddo isn't great about remembering to put their tracker on the charger before bed.

The band comes with an adjustable clasp, so it will grow with your child. It tracks steps and active minutes (and you can use the device as a timer and stopwatch, too). The touchscreen will display stats, goal celebrations, activity from their friends (who have been approved by a parent), as well as call notifications.

And it gets even better. You can set up a family account to monitor your child's activity and approve their connections. These accounts are required if kids under 13 are using the Fitbit Ace 2, so it's definitely something you want to check out. There is a protected kid view to avoid any contact with strangers, too.

Like other Fitbit trackers, you can set alarms, schedule bedtime reminders and monitor sleeping habits. Just make sure your kiddo falls asleep with the tracker on their wrist.

How much is the Fitbit Ace 2?

The exact price for the Fitbit Ace 2 varies depending on where you shop, but most Canadian retailers sell the device for $99.95 and up – which will qualify for free home delivery from many stores.

Can I use Fitbit to track my child?

The quick answer is yes, kind of. Parents can set up a family account to sync kids' Fitbit devices with their own Fitbit accounts and phones. You can monitor your child's activity and help control what they see.

Does the Fitbit Ace have heart rate?

The Fitbit Ace 2 does not track heart rate, so if you're worried about that for any medical reason, I'd suggest reaching out to your pediatrician for more information and ideas.

Can you set alarms on Fitbit Ace?

Yes! You can use the Fitbit app to schedule bedtime reminders and silent alarms. Your kids will (hopefully) wake up when the Fitbit Ace 2 starts gently buzzing on their arm. Maybe you won't even have to yell!