We All Know a Hockey Mom Who NEEDS This

Something to keep you warm during those 6 AM ice times
By Danielle Doiron, 1 year ago 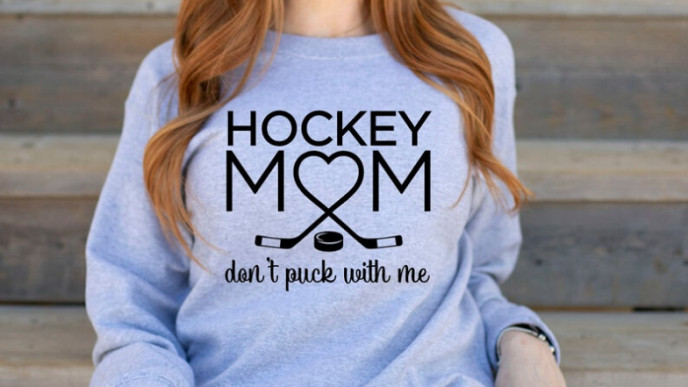 If you always seem to eat your dinners in the car and gulp down your morning coffee in a freezing-cold arena, you might be a hockey mom. If so, you're basically superhuman in my eyes. I don't know how people can juggle all those practices and games in the dead of winter, along with working, cleaning and managing to sew name bars onto the backs of jerseys year after year. And it's about time you get the recognition you deserve.

It's obviously adorable when the kids salute their parents and caregivers after their last game of the season. (And if your kids don't already do this, I'd highly recommend dropping a hint to their coach. The other adults watching will probably bawl their eyes out.) But you deserve a treat you can buy yourself, too.

There is obviously tons of "Hockey Mom" merchandise out there, but I found two sweaters on Etsy Canada that fit pretty much every tough mama I know to a T. This Hockey Mom Sweater reads "Hockey mom. Don't puck with me," and there's also a Classy Hockey Sweater that says "Classy until the puck drops." Since that second one doesn't actually say the word "mom" anywhere, anyone who loves the game can rock it.

Each one sells for $32 (plus $9 for cross-Canada shipping) and comes in a TON of different colour options. They come in sizes S through XXL. Just choose the ones you want from the drop-down. And since most orders ship within a few business days, there's still time to order these for Christmas!