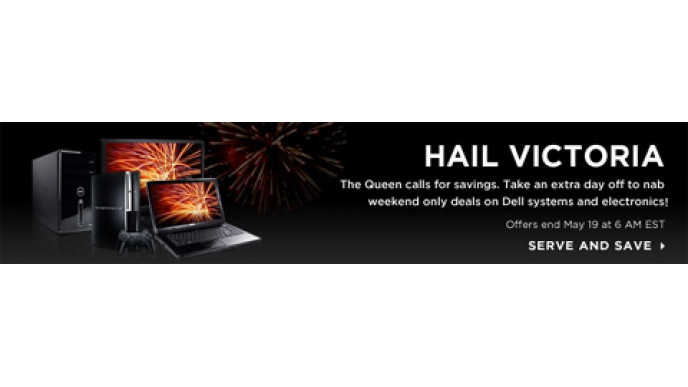 With this being Victoria weekend, Dell Canada are giving us some special offers on various laptops and electronic items!! There is quite a lot to choose from, I’ll list some of the electronics deals in here for your viewing pleasure!!

Belkin Inc Special Bundle : Mini Surge (3 Outlets + 2 USB Power Outlets) and Laptop Cooling Stand – was $48.99 – now $39.99! These laptop cooling stands can be very useful – I used one on my older laptop which was prone to overheating.

SONY ENTERTAINMENT PS3 Playstation 3 80GB Blu-Ray Player Bundle with Remote and HDMI Cable – was $459.99 – now $379.99! I don’t need a PS3 because I game on my PC. However I was thinking of getting one purely for the blu0ray functionality… silly ?

There are a few desktop and laptop deals as well, if you need a new computer.