By Rob Nardecchia, 7 years ago 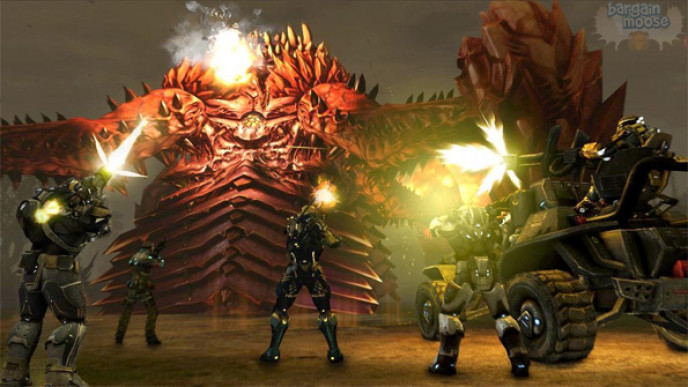 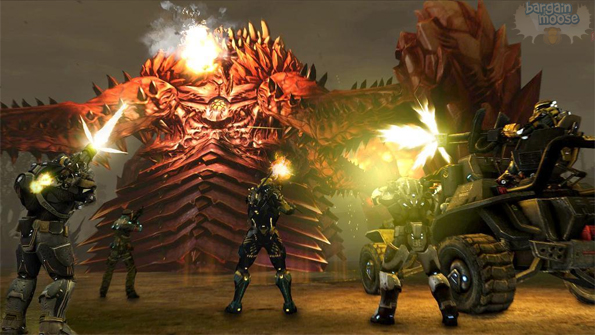 Defiance is the game based off the highly popular SyFy Channel TV show in the U.S. that can be watched up here in Canada on Showcase.  The show’s rabid following has led to a clever online game that has an ever-growing community of players. Now Sony is allowing you to play the game for FREE by clicking the link below!

The game Defiance can be either downloaded onto your PlayStation 3 or it can be played online on via streaming on your computer. The game originally was being sold for $49.99 and several sites are now offering it at various discounted prices. But you can’t beat FREE! And that’s why this deal is so incredible because it literally costs nothing. The game is downloadable so there is no shipping. Just click the link. Download and start playing right away. In fact, I’m currently downloading Defiance directly to my PS3 as I write this.

Here’s a little background on the game and the TV show, Defiance. It’s the year 2046 and the Earth has been forever transformed physically due to alien terraforming technology. The technology crashed down to earth from space during a long destructive war between humanity and the aliens. Not only has the Earth’s topography changed with new mountain ranges, lakes, forests, and vegetation, but also there are now new alien animal species, as well as new earth/alien animal hybrids that terrorize the survivors.

The aftermath of the war has forced the remaining humans and aliens to band together to ensure their survival. The world now has a 19th Century feel as long distance communication and air travel either doesn’t work or is too dangerous due to the planet’s new electromagnetic atmosphere. North America is predominantly a badland region with most living on the eastern seaboard of the continent, while the town of Defiance is set as a frontier town located in what was once St. Louis.

Now although Sony is offering the game for free, there are bundle packages that you can buy that add missions, character enhancements, and other options. But that doesn’t mean you can’t and won’t have a great experience playing the game as is. It’s a fantastic opportunity to try the game risk free and if you do enjoy it, then you can possible splurge on a bundle with some of the money you just saved.