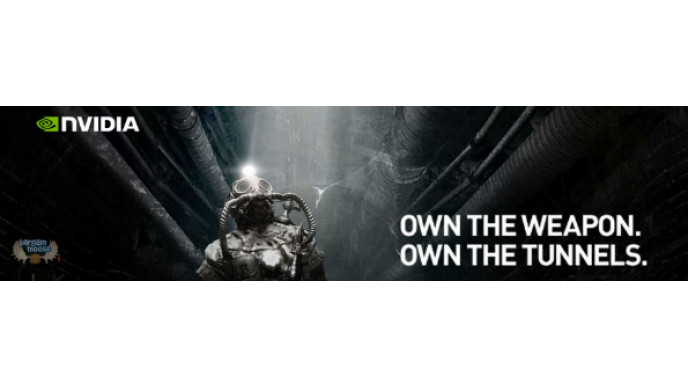 Metro: Last Light is going to be huge and as is commonplace with most huge, new games, it's gonna be a resource hog. Give it the resources to pig out on with a new GeForce GTX Video Card from Canada Computers and Electronics.

When you pick up a GeForce GTX 660 video card or higher you're going to get Metro: Last Light (PC) via digital download. It'll run through Steam. Retail price is around $50. Shipping on the game is free since it's a digital download and shipping on the video cards depends on where you live and what you buy. It's not a flat rate. If you live near a Canada Computers location in Ontario or Quebec, you can pick up your GeForce GTX in-store for free.

Metro: Last Light is the sequel to the Ukrainian game Metro 2034 which is based on a 2005 Russian novel by Dmitry Glukhovsky. And a partridge in a pear tree! Getting away from the game for just a second, isn't it great when something spawns a whole bunch of other awesome properties?  The book has also gotten a sequel and a whole series of books written by other authors, as well as two games. Anywho, Metro: Last Light has been pushed like no other. It's been on video game stores for months and it isn't even out yet! I did some looking around and it looks like it's going to be an awesome game.

One of the things that makes it awesome is the graphics. I'm not really a graphics guy in that I don't need good graphics to enjoy a game. My current PC games of choice are Warcraft 3 and Portal. The original Portal. It's gameplay that matters to me. That being said though, if the graphical ponies are there, let them gallop. To do that you're going to need a good video card and with this deal you get a great, beautiful game when you buy a GeForce GTX 660 or higher video card. There are dozens of cards available and the price ranges anywhere from $200 to $1100 so there is a video card here for everyone!