Including one pair from JBL that's half-price
By Danielle Doiron, 2 years ago 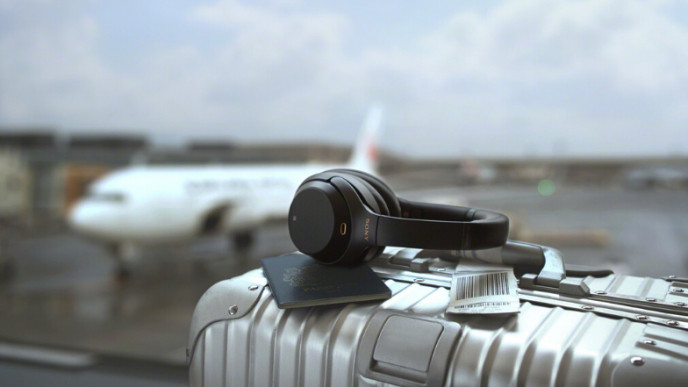 Electronics pretty much rule Black Friday. This is easily the best day to shop for things like new TVs, home theatre systems, laptops, tablets and phones, because tech and department stores go all out with their discounts. Well, many of those same deals also apply to headphones, and we're here to help you track down the absolute best Black Friday deals on headphones in Canada – and some earbuds, too.

Most of these headphones are available from multiple retailers, so we either linked to places with the absolute best prices or defaulted to Best Buy. After all, you're probably buying something from them today anyway, and they seemed to still have plenty of stock left the last time I checked. That might not be true for long, though!

If there's one question I'm sure most people asked themselves this week, it had to do with whether or not AirPods would go on sale for Black Friday. And if you frantically tore through flyers and searched every electronics retailer's website like I did, chances are you probably came away from the experience feeling a little disappointed. Well, maybe this can cheer you up. AirPods aren't marked down, but they are part of a deal!

It's happening at Apple Canada, and the new AirPods Pro aren't included. But either way, I'm not complaining here! If you purchase either the AirPods with a wireless charging case (for $269) or with a wired charging case (for $219), you'll receive a $25 Apple Store gift card! You can use them for up to five hours of wireless listening time, and honestly, this is likely the best price we'll see on these must-haves for a LONG time.

I have to give these a plug, because they're the headphones I own and absolutely love. They're my second pair of Bose headphones, and I can't get over just how comfortable and easy to use they are. Anybody who knows me can probably tell you that I have a small head. Seriously, I bought a child-size hat at a baseball game last summer. But these headphones actually fit me – without slipping – when they're on the smallest setting.

They occasionally go on sale, but it definitely is a treat to see them for $379.99 at Best Buy, instead of the regular $449.99 price tag. They have Google Assistant and Alexa built in, and, as you might have guessed, they're completely noise-cancelling. I practically never get on a plane without mine, because they're so much nicer than watching an entire movie through earbuds – and the noise cancellation actually lets me still talk to a flight attendant while tuning out most other cabin sounds. And get this: Bose makes them in rose gold!

If you want to kick your listening game up a notch but can't justify shelling out close to $400 for Bose headphones, I found something you should probably check out. Jabra Elite obviously makes all kinds of headphones (including in-ear and completely wireless ones), but it's about time we shine the spotlight on their over-ear models. I mean, Best Buy has a pair for $249.99. That's $150 off the regular price!

These headphones come in a few different colours, and they're completely noise-cancelling. You can customize their settings in the Jabra Sound+ app and connect to assistants like Google, Siri and Alexa to make your daily life a little bit easier. Plus, you can use them for 36 hours (with the noise-cancelling feature turned on) or as many as 41 hours (without noise-cancellation). That's practically TWO full days!

Let me tell you, I can never turn down a deal like this. Headphones for half-price?! Not to mention that this isn't just any ordinary pair. These specific JBL headphones are noise-cancelling, and they'll give you anywhere from 20 to 30 hours of listening time on a single charge, which means they're perfect for people who don't want to spend the entire day plugged in or waiting for the battery on something this important to refill.

The real appeal for me, though, is that these are the most affordable headphones on this list. In honour of Black Friday, Best Buy has them for $149.99, down from the usual $299.99. You can also use the My JBL Headphones app to customize your sound preferences and sync to assistants like Google and Alexa.

Okay, you caught me! A headset isn't technically the same thing as a pair of headphones, but there were so many marked down for Black Friday that I had to tell you about at least one. Most of the gaming headsets that Best Buy has on sale this weekend are from Logitech. I don't know the first thing about video games, and I'm sure everybody has their personal preferences – but these ones have some pretty rave reviews.

Honestly, $59.99 isn't too shabby of a price to pay for a quality headset (at least, compared to other ones I found online), but Best Buy has these bad boys for $39.99 this Black Friday! The sale price will be in effect until Dec. 5 or they sell out entirely. They're made using Dolby 7.1 surround sound technology, so you can hear everything that's happening around you. Plus, they're lightweight enough that you can wear them for hours.

TechRadar named these the "best headphones of 2019" and called them the "headphones that can do everything." I haven't personally tried them yet, but it's tough to ignore high praise like that! It's actually a little difficult to track them down in Canada, but a few stores have pairs from third-party and marketplace sellers. I also found them at The Source, where they're $349.99 from $449.99 until Dec. 5.

So what exactly does "do everything" mean here? Well, they're noise-cancelling and can last all day on one charge – which means you don't have to be tied down with wires. You can listen for up to 30 hours on a full battery, so you're even covered if you're running a marathon, sitting through an overseas flight or spending all day listening to music as you shop browse Black Friday deals. And if you're ever in a hurry, you can quickly charge up at Starbucks or during your morning commute. Ten minutes gets you five hours' battery life!