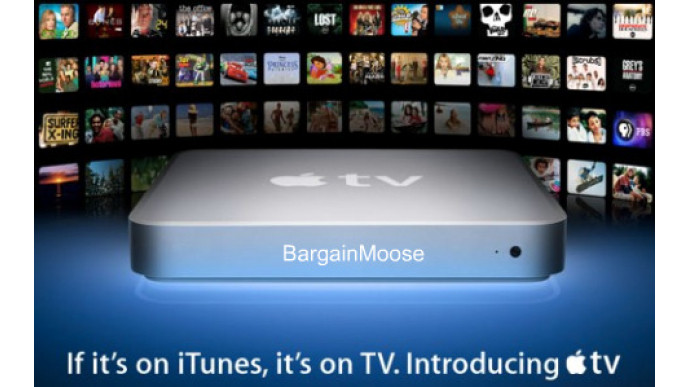 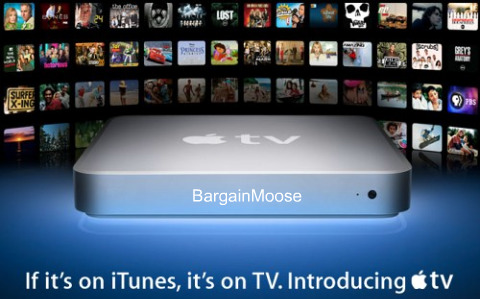 So Apple has released a new Apple TV and has put all its 160GB previous model Apple TVs on clearance. These used to be $329 US and are on clearance for $169 CAN.

Why might you want to get the older model instead of the newly released one? Well, there are some major differences you should be aware of:

Full HD Streaming – The Old Apple TV made it possible for users to watch full HD 1080p movies and videos. Apple has reduced the video rendering capability on the new device to 720p.

Storage & Power Consumption – The new Apple TV has done away with local storage and makes the whole process work over 'air'. The Apple TV will now require you to keep your computer or Wi-Fi turned on the whole time you watch your movie on TV. You also can't even listen to music with the Wi-Fi turned off.

There is NO storage, not even to hold a couple of movies on the new Apple TV.

USB Support – The new Apple TV does not have support for USB storage.

Rent vs. Own: With the Old Apple TV you could buy movies on it, and store them on your hard drive. With the new Apple TV you can only rent, there is no buying.

So: that is a rundown on what makes them different, and in some ways makes the older model Apple TV superior, I think Apple was heading in the right direction with the new model, it just took it too far.

The clearance Apple TVs are brand new (not refurbs) and you are saving close to $200 on them. A really awesome deal if you ask me. Apple products rarely go on sale.