Amazing Sci-Fi eBooks by Andrew Mayne for ONLY 99 cents! 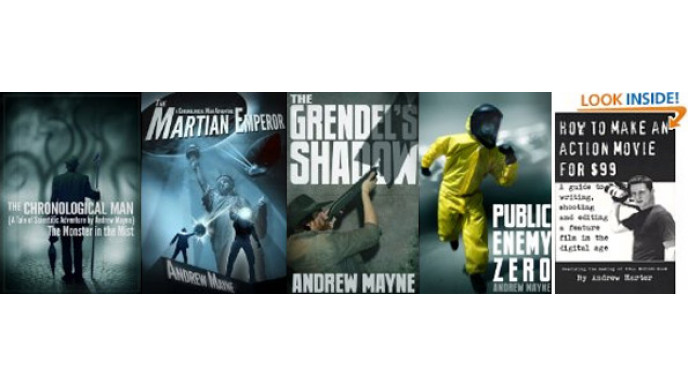 I stretch the limits of my scope on this website (much to the chagrin of BargainMoose's benevolent dictator, Anna) more than I probably should and today is no exception. I think I can get by with this one because a lot of people looking for tech deals will dig this stuff too. I could put up some great deal on RAM, or a video game, or a smartphone upgrade (working on that one...) but what would you do with that? How much joy would it really bring to your life?

Not as much as an Andrew Mayne Book! Andrew writes fantastic Sci-Fi eBooks and they are only 99 cents on Amazon.com. That's not a sale price, that's just what they cost.

Some of these are novellas and some are full novels but they are all still 99 cents. I think the real reason Andrew's books are so great is that he isn't afraid to try new things. In his day job he makes magic tricks for some of the biggest magicians out there and that creativity really shines through in his writing. He has five fiction books out as of now and he cranks them out pretty quickly:

All his books are available on the major eBook platforms (Kindle, Apple, Nook, etc...) and are all only 99 cents. And as if 99 cents for a book wasn't good enough you can go to AndrewMayneBooks.com you can get the audio book version of some of his books for free as a serialised podcast or you can pick up the full paid versions for a small fee.