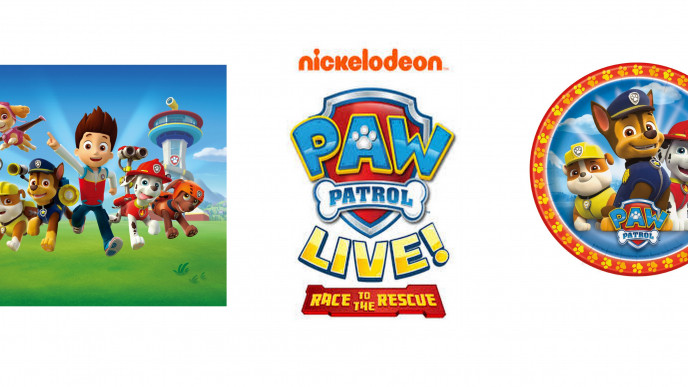 *UPDATE: Several tour dates for Paw Patrol Live: Race to the Rescue have now been released. The tour starting on June 25 in Texax and winding its way across the U.S. through September 4 when it lands in New York State. While no Canadian dates have been announced as yet, you can now sign up to be part of the Mom Patrol (cute) and receive email notification as soon as new dates are released. We'll be sure to let you know when Canadian tour dates are announced.

Are you ready to get there on the double? The Paw Patrol pups may soon be coming to a city near you. Marshall, Chase, Skye and the rest of Nicklodeon's insanely popular Paw Patrol rescue gang are gearing up for their first live action North America tour in October 2016!

While dates have yet to be announced, the tour will hit 90 cities across the U.S., Canada and Mexico with their new live action show called "Paw Patrol Live: Race to the Rescue".

If you've got pre-schoolers at home, you know all about this brave gang of rescue pups and their tech-savvy leader Ryder. In this live stage performance it's the day of the Great Race between Adventure Bay's Mayor Goodway and Foggy Bottom's Mayor Humdinger, but Mayor Goodway is nowhere to be found. PAW Patrol to the rescue! Their mission is to rescue Mayor Goodway and help her to finish the race. Using each of their unique skills and teamwork, the pups make several heroic rescues on their race to the finish line.

Produced by VStar Entertainment, a leader in children's live theatrical entertainment who have also produced Sesame Street Live, My Little Pony Live, Care Bears Live and more, this show is sure to be jam-packed with adventure, songs and audience participation. It'll an experience your little ones will not soon forget.

PAW Patrol Live!: Race to the Rescue tour dates, ticket sale and pricing information will be announced later this spring at www.pawpatrollive.com. We'll be sure to keep you updated right here, as well.

Have you ever taken your little kids to a live-action performance? Imagine their faces when their beloved Paw Patrol characters come to life right before their eyes. Magic!