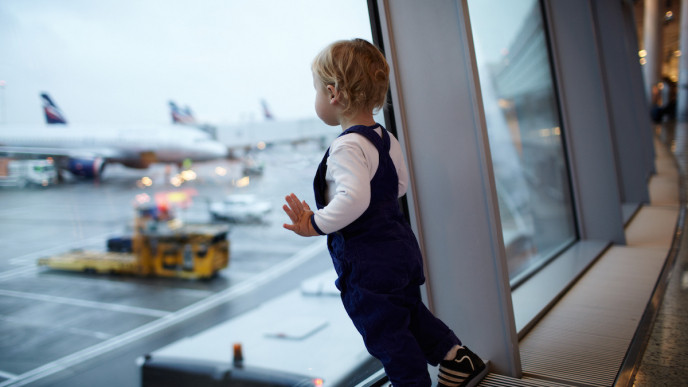 Chances are you know all about the passenger who was forcibly removed from an overbooked United Airlines flight recently. The story made international news and the video from the scene has likely been viewed millions of times.

The incident has drawn attention to airlines' common practice of overbooking flights. According to airlines, overbooking is a legal and necessary practice that helps them manage "no-shows" and keep costs down. They say it happens to one in 10,000 passengers.

Still, the video footage sparked outrage, and the Canadian government has vowed to crack down with legislation that will better protect passenger rights. Expected to be in force by 2018, it's too little too late for one Canadian family whose vacation was ruined when their child's Air Canada seat was given away to someone else.

Though Air Canada has apologized to the Doyle family and offered compensation, the P.E.I. family says they were only contacted after the media caught wind of their misadventure as they tried to make their trip to Costa Rica over the March Break. The Doyles say the compensation they were offered wasn't enough to cover added expenses and make up for their troubles.

Without a doubt, I would be angry if I was bumped from a flight because of an airline overbooking. It would be aggravating, inconvenient and costly, but I suppose I'd put up with it because that's what we've all been doing. If my child was bumped, however, if my family vacation was ruined, I would be livid.

Anyone in that position would. Imagine you'd taken time off work, planned a vacation, paid for it, booked flights, accommodations and activities and driven to the airport only to discover that your child no longer had a seat on the flight?

New legislation should make sure families are kept together; that children's seats can't be overbooked. How about they let you know in advance that there's an issue, rather than when you attempt to check-in 24 hours before or arrive at the airport. Why not enforce overbooking blackout times, so that you can't be overbooked during peak times such as March Break or Christmas.

Compensation should be immediate and appropriate, not doled out in bits and pieces and only after the incident is splashed all over the news in an attempt to avoid a public relations nightmare. If overbooking is an issue on a particular flight, why not make it attractive for others who are willing and able to switch their flights.

We are Canadians—there must be a way to manage this issue peacefully and amicably. No kid should be allowed to be kicked off a flight.