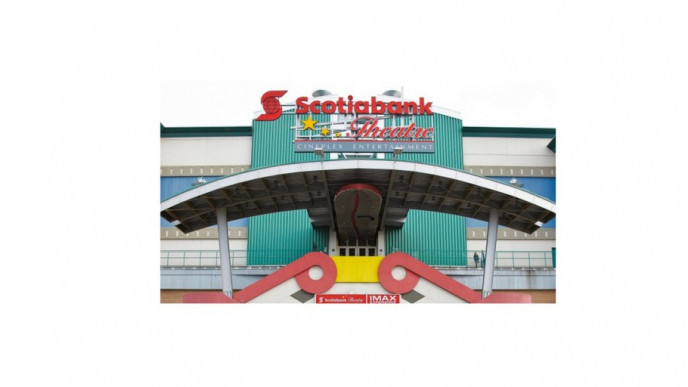 How far would you go if you had an unsettling feeling that a stranger had filmed a video recording of your child (as they urinated) in a public washroom, and you were close enough to confront them right after it happened?

One Edmonton man found out exactly how far he would go this past Sunday afternoon while at the Scotiabank Theatre at West Edmonton Mall. The Edmonton Global News report brought forth a flood of reactions on social media from people who are understandably shocked and concerned that this happened; there is an outpouring of support for the family. Not unexpectedly, comments on the Edmonton CRIME Report Community Page on Facebook, for example, commend the actions of the parents who did what they felt necessary.

The young boy's dad who spotted this horrific situation as it transpired immediately took matters into his own hands, when he clearly couldn't drop the strong suspicion that a total stranger had just shot a cell phone video clip of his son, who was using the urinal.

Ashley Jackson, a witness to the scene that unfolded before her eyes stated that the man had been in the same movie showing as the young boy. "They were kind of having a little bit of a confrontation and he (the father) kept asking 'can I just see what's on your phone? The father kept putting up his hands and saying 'No, I need to see what's on your phone- I think I saw you take a video.'"

Can you imagine how stunned a parent would feel—the horror going through dad's mind as he confronted the man who videotaped his child? In that moment, the only thing going through his mind must have been to get to that video recording, to be able to protect his son by proving that what he saw had unfortunately been true.

Jackson also stated "Then the father of the boy kept saying to his wife 'Well, what's on the phone did you find anything?' And the mother goes 'I'm still looking, I'm still looking' and then after a couple of seconds, you kind of hear her let out this scream and that's when she said that she found the video of her son going to the bathroom. … I won't be able to forget that."

How would the boy's mother have felt, finding such a video on a stranger's phone? From the sounds of it, the mother was very deeply affected by this traumatizing event, and any mother would easily empathize with her.

How will all of this affect the boy that it happened to? What started out as a fun family outing watching the new Angry Birds movie, turned into a nightmare.

It may not have been an isolated incident, in an interview with Global News, Staff Sgt. Paul Czerwonka with the Zebra Child Protection Centre stated "This happens more than people believe it happens. These people come from all levels of society. They're not the typical ones that you may presume would be obvious to you."

Czerwonka clarified that usually people know their offenders, and that he would say less than 5% of their files are stranger offenders.

Nevertheless, he cautioned,"Bathrooms are an area where there's public access and these individuals watch where kids are going to be."

Because of the dad's sharp intuition, and his instant reaction to the incident, the man was caught: Edmonton police stated on Wednesday that 41-year-old Aaron Voon has been charged with possession of child pornography, making child pornography and voyeurism.

This story leads to numerous questions, though. How can parents keep their children more safe in a public setting? What sort of protocol is in place for an event such as this, at various venues? Was it a good idea or not, for the dad to intervene? What do you think? Discuss your thoughts and ideas here! With input from our Bargainmoose readers, we may discover some helpful hints and tips for parents that can be put to use.