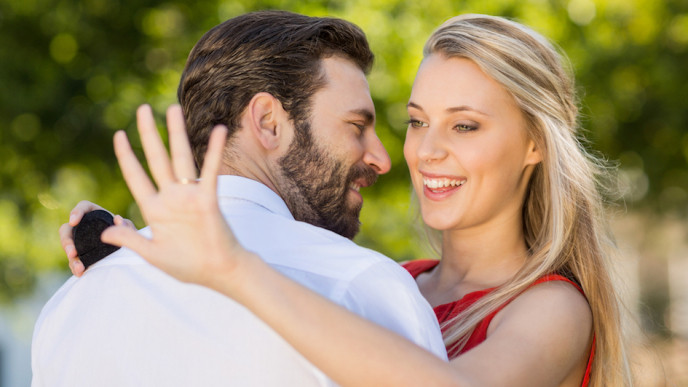 It hasn't really sunk in yet, but I just got engaged.

An engagement is exciting at the best of times, but for me—a divorced single mom—it's even more poignant.

There were times after my divorce I thought I was unworthy of love. I thought I'd never find it again. Without even realizing it, I'd feel for the wedding ring on my finger, only to be reminded it wasn't there. It felt like nobody loved me.

I'd see rings on other people's fingers and to me, it meant they were loved. It meant they had a home with somebody who cared about them. How many nights have I slept alone? Too many to bother counting.

In the years since I've been divorced, I've struggled with confidence. I've had to try really hard to move forward. And I did. I've learned to be independent; to take care of everything myself. I've learned not to look at other rings, marriages or families with longing. I realized bare hands didn't mean I was unworthy of happiness. I created a home for me and my kids and filled it with love.

Along the way, I met someone very special and I knew I wanted a home and family with him. When he proposed at a restaurant in front of our friends four years after we began dating, I was numb with surprise. As the shock slowly wears off, I'm feeling overwhelmed with excitement, happiness and disbelief.

After everything I've been through, it's hard to believe this is happening to me. I have a ring on my finger once again, but it symbolizes so much more to me now than what I originally thought it would. This ring doesn't just mean I'm loveable. My fiancé taught me that before I was engaged. Now that I'm older, wiser, and getting married for the second time, this ring represents a commitment, a future, a partnership that is stronger than the one I had before.

I didn't get the fairy tale I expected the first time around. But that's ok. This is better.