I'm divorced and I have no regrets 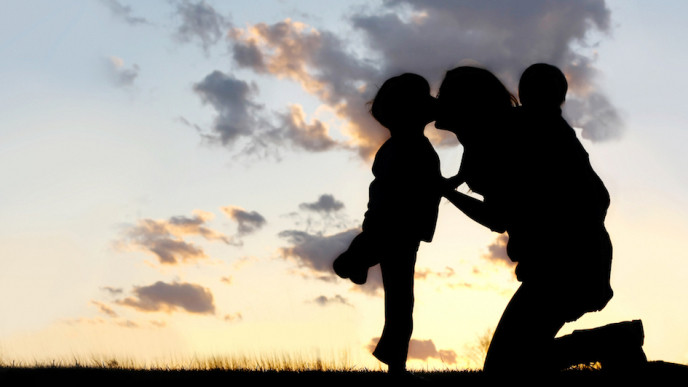 If you use your imagination, I'm sure you can figure out how this came to be. I've experienced a rainbow of feelings since then—hurt, anger, fear, despair, but I've also felt peace, joy, strength, happiness and optimism.

I wouldn't change a thing. Even though my eight-year marriage ended badly, I have two beautiful boys, a wonderful boyfriend and supportive friends and family. I get to stay home and write, I've just finished my Masters degree. In a way, I'm living the dream, now that the nightmare is years behind me.

But sometimes, when my ex and I are actually co-parenting, getting along, enjoying our kids together, I wonder what if. What if we'd done things differently? What if we'd been able to fix what was broken before it broke? What if I wasn't divorced?

I know you can't turn back the clock, nor would I want to, but sometimes the thought flutters through my mind. What if?

My ex was over the other day picking up the kids for the night. He seemed friendly enough, in a good enough mood, so I asked him: Do you ever wish you could rewind and do things differently?

What I got in his answer was akin to a punch in the gut. "I think about it sometimes, but I would never have been happy in a marriage with you," he said.

All the wind whooshed from my body. I grabbed the kitchen counter so I wouldn't double over. As if divorce wasn't tough enough, he had to reinforce his displeasure with our life all these years later.

What was I expecting, really? For him to say he regrets it all? For him to tell me he wishes things had ended differently? For him to say that what he wants above all else is a family? Would it have made me feel any better to hear about his regrets in life? For him to admit divorce is shitty and apologize for his role in depriving our kids of a traditional family under one roof instead of two?

No, what I got was what I should have expected all along.

I was still hurt initially. I wanted to cry. But that's where the wonderful boyfriend part kicks in. "It wasn't you he was unhappy with," my boyfriend explained. "He was unhappy in general. This isn't about you."

I stopped my tears from falling before they arrived. I straightened up. Felt better. "You're right," I told him. "It's nothing I did and there's nothing wrong with me."

It might have taken me nearly five years to admit this truth to myself, but there you have it. Divorce was right for me.