Guess How Many 10-Year-Olds Have Phones 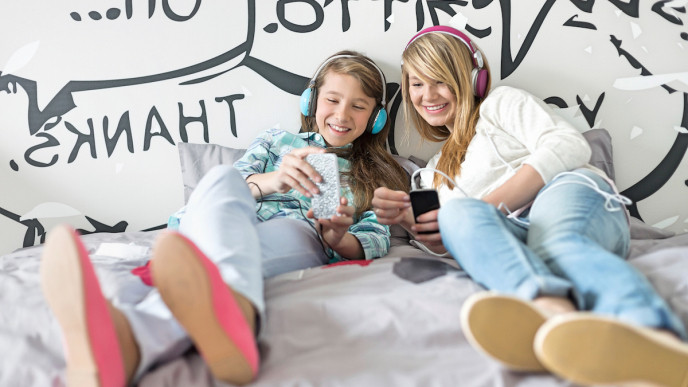 My kids are seven and eight and they are already asking me for a cell phone. I know kids who are just a little older who already have them.

In fact, a MediaSmarts survey of more than 5,4000 Canadian children between grades four and 11 found that approximately 90 percent had their own smartphone, including nearly 25 percent of grade four students.

It's crazy to me. I don't think I had my own cell phone until I was 18—and even then it was used only for emergencies.

These days, kids are brought up using their parents' cell phones. It's somehow instinctive and intuitive and they know how to use games, functions and apps better than me. My kids can text and send emails from my phone. They know how to use emojis. They can listen to music and play games.

On one hand, as they get older, giving them a phone will be a great way for them to learn responsibility. It will also enable them to call or text when they get to a friend's house so I know they are safe. I'll be able to get in touch with them when it's time to come home for dinner or be picked up for hockey practice. Plus, if every other 10-year-old has one, will my kids be the only ones who don't?

Yet on the other hand, I worry about whether they'll neglect their in-person relationships for virtual ones. Their studies may fall behind if they get too caught up in games or texting.

Parents today also have to worry about cyberbullying. Even at age 10, will my kids understand what is and isn't appropriate behaviour for the internet? I'll have to block them from certain sites and all chat rooms and establish rules about when it is and isn't ok to use their phones. They don't listen to me now—will I be able to count on their compliance when they are older?

And think of the cost: what if they lose their phone or drop it? Family cell phone plans can be expensive, am I really willing to fork out money on another? Buying them each phones and signing them up for a phone plan—plus data overages—will cost a lot more than I'm paying now.

So when is a good time to buy your child a smart phone? When did you get one for your child? What rules did you attach? It's a personal decision and it depends on so many factors, but I'd love to hear from you.