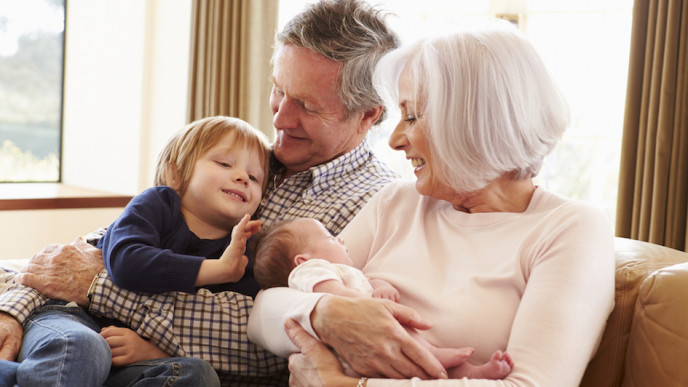 New research has found that grandparents may inadvertently be putting their grandchildren's health at risk.

Despite their experience and wisdom, certain parenting practices have evolved since their own children were little, and some of their beliefs may be outdated.

For instance, the study found that 44 percent of the grandparents surveyed errantly believed that "ice baths are a good way to bring down a very high fever." Ice baths can actually cause hypothermia.

Nearly 25 percent of grandparents surveyed did not know that "infants should be put to sleep on their back, not on their stomach or side" to lessen the risk of SIDS.

The research was conducted by a paediatrician at Cohen Children's Medical Center in New Hyde Park and focussed on the challenges facing grandparents who are raising their grandchildren.

According to the 2011 Canadian census, 4.8 percent of children 14 and under lived in households with at least one grandparent. Of these, 0.5 percent were being raised by their grandparents. That doesn't even begin to factor in all the grandparents who are involved in their grandchildren's lives on a regular basis.

While this new research sounds scary, it definitely highlights some important issues when it comes to older caregivers. For example, rather than taking for granted that grandparents know everything because they have raised kids before, paediatricians should take the time to update grandparents who are sole caregivers on current parenting methods and health-care policies.

If you're leaving your children with your parents for an extended time, or even for an evening, you should also make sure they are aware of certain things. For instance:

- Make sure they know to put your baby to sleep on their back and without blankets.

- Advise them of any food allergies or any foods that might be a choking hazard, like hot dogs, grapes and popcorn for kids under three.

- Have you given your child any medications they should be aware of?

- Keep your phone on and ensure they have your number as well as any emergency numbers so they know whom to call if they have any questions or your child needs care.