Fighting over the front seat 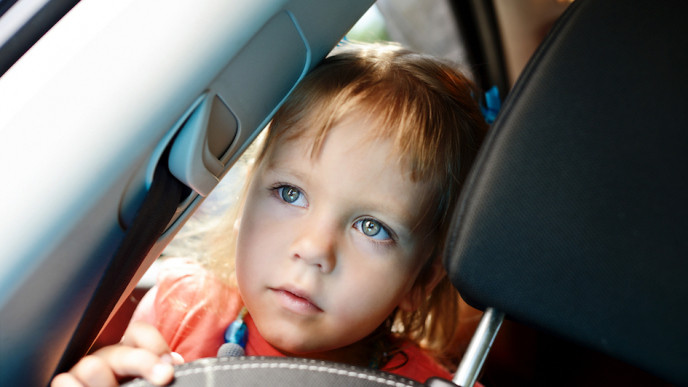 Do you let your kids sit in the front seat of the car?

When I was little, my siblings and I used to fight over whose turn it was to sit up front. Now the rules have changed: children aged 12 and under should ride properly buckled in the back seat.

Knowing this, under what circumstances would a parent allow their underage child to ride shotgun?

I would never do it, but my kids still pester me about riding in the front seat.

“Can I please sit in the front? It’s only for a short ride!” they beg.

The answer is always a firm,"Get in the back."

If you ever needed another reason to get them to buckle up in the back seat, here it is: new research shows that one in five children killed in car crashes in the U.S. was not properly buckled or restrained at all.

Conducted by a research team from UT Southwestern Medical Center in Dallas and Harvard Medical School, their data also found that found that 13 percent of crash victims were inappropriately placed in the front seat.

Statistics varied regionally, with some states faring better than others. Also interesting was that vans and minivans had the fewest fatalities, followed by pickups, SUVs and cars.

Published in The Journal of Pediatrics, the study found that even a 10 percent improvement in safety would prevent about 232 deaths a year.