Toys R Us Canada: 20% Off Select LEGO Plus Buy 3 & Get Free Shipping

By Eva Webster, 8 years ago 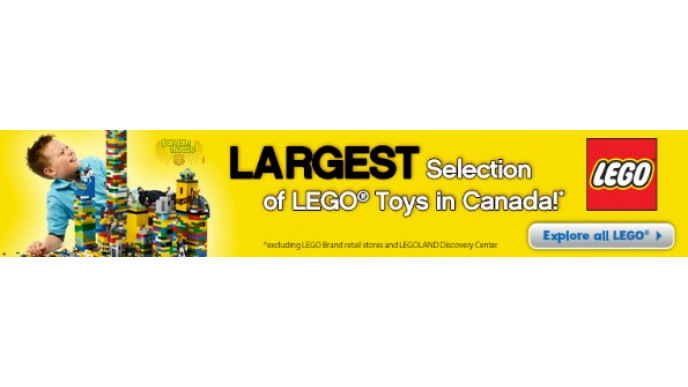 Get 20% off select LEGO at Toys R Us Canada, plus when you buy three, you'll get free shipping (instead of having to meet the $100 minimum for free shipping).

Yesterday I was walking my kids home from the school bus and a man who lives down the street came running out of his garage. He asked my kids if they liked LEGO, to which they emphatically replied they did. He then went into his garage and brought out three large ziploc bags full of LEGO. My kids who were dragging their feet home, were now running home to get it washed up and start building. We ended up washing it in the bathtub, with the kids, which in hindsight was not the best idea. But all of my kids spent as much time as they could playing with the LEGO. Since this is probably not going to happen to any of you anytime soon, check out the LEGO deals at Toys R Us right now.

Monster fighters are also 20% off. Toys R Us says they have the largest selection of LEGO in Canada and they even have rare and hard to find LEGO sets. I'm going to be ordering a set for a birthday party my son is going to, since I know the kid loves LEGO too.

LEGO PROMO CODE: Grab the latest LEGO deals and promotions for free gifts with purchase or up to 10% off here