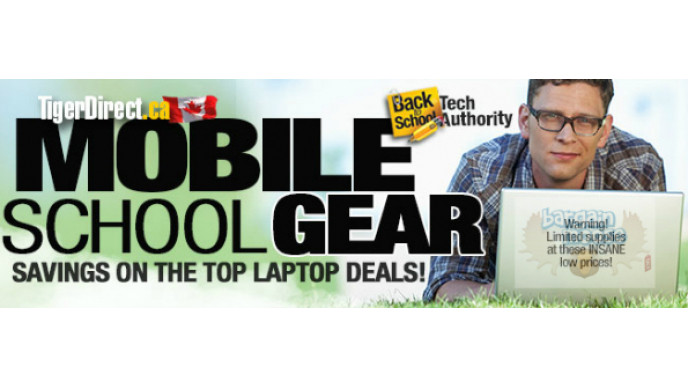 TigerDirect Canada is the latest in a long line of retailers offering some great deals for various back to school items. This time we're bringing you some laptop deals. Why, you ask? Well, because Bargainmoose loves you.

Some of the better laptop deals:

I think of the three, assuming you don't need a powerhouse, the refurbished Asus is the best. It's almost the same computer as the one above it but because it's a refurb, it's a lot cheaper. The HP is a great deal too, even though it isn't a huge discount. The regular price is just so low already, it's hard to mark down much more.

These open box and refurbs are always great deals. Open box you have to watch out for though. Oftentimes the open box deals are display units that could be damaged or returns with missing pieces. The refurbs are a different story. They are generally refurbished to similar standards as the new computers are manufactured. So, if you trust the company you are buying it from (in this case, Asus) then you are likely to end up with a good product.

On top of the discounts on laptops prices, a lot of them, like the Asus for $599.99, have free shipping. If you're already in the market for a computer, why not get one shipped to your door for free.