Microsoft Store Canada: Up to $300 Off Windows 8 Computers 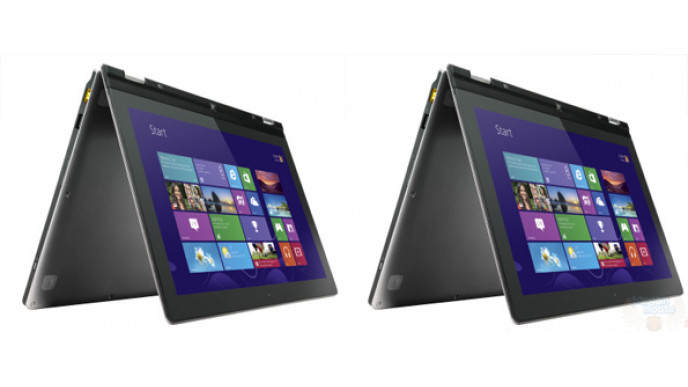 HP. Asus, Lenovo, Samsung. Whatever you want, Microsoft has it and they have it for less!

There are some awesome computers at awesome prices here. There aren't really any that I wouldn't recommend so pick the one that you feel fits you the best!

The elephant in the room with this deal is the Windows 8 part so I'm going to address that up front. These are great computers and Windows 8 should not turn you off from buying them. I'll explain why. There are a few things that people don't like about Windows 8 but let's tackle the big one: the start menu/button.

Instead of the start menu we now have the start screen which contains all of your programs. So the main difference is that before you had a menu that popped up and now it's a whole screen. This is quite literally the stupidest complaint about Windows 8. I can't even think of an argument that makes sense for why this is bad. Instead of opening a menu in the corner and launching programs, you open a new screen. That's it. You can leave the screen with the click of a mouse or the push of a button just like you did with the old menu. It is functionally unchanged except you can't see what's on you're screen while you're looking in the start menu. I would submit to you that it is a very limited case for having to have your start menu open at the same time you are reading a website or watching a video. If you've opened your start menu, your focus will be there until you are done with it.

As far as the start button, you can just push the start key on your keyboard and, because you whined so much, Microsoft is releasing an update to put the start button back. If you are really so enraged about the change, you can get a program Classic Shell to return your previous menu. People even complain that Windows 8 books in to the start screen. Waitaminute, you're saying that the operating system immediately brings me to the place where I can launch programs?! That's horrible! Or maybe it's an awesome design choice so that you can choose which program to launch immediately on boot instead of having to open a menu and claw through stuff.

This is a deals site, not a tech blog, so I didn't go into detail or hit all the points I would have had I been writing a tech article but I just wanted to show you that Windows 8 isn't some terrible demon. I'm not even a Windows guy. I traditionally use Linux and I'm fine with Windows 8. So if you're looking for a new laptop don't let Windows 8 scare you away from these awesome deals. Also, they all ship for FREE!

What do you think about Windows 8? Let me know in the comments below!