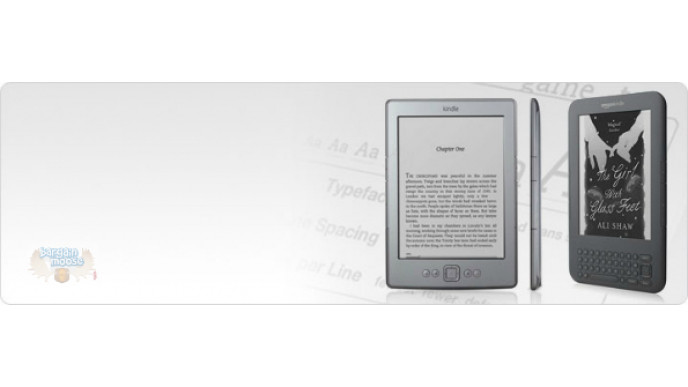 Kids are going back to school soon but they still have some time to get some summer reading in. Amazon is offering discounts for the next couple of weeks on books for kids and teens.

The books on sale change every day so I can't link to any of the deals but...

I might be biased here, but eBooks are really the future of books. Amazon, the worlds biggest book retailer, sells more eBooks than print books now. Even publishing companies, as slow as they are, are beginning to realize that eBooks are the future. The initial investment is a bit steep for some but the prices are coming down.

For example it is $79 for an ad supported Kindle in the states so, eventually, I suspect we'll get those prices too. If you have a place to ship a kindle in the states, you can get the $79 one and use it in Canada. You can of course get other eReaders but generally, unless you catch a sale, they are about the same price.

That initial cost aside, eReaders are fantastic in so many ways. Money saving ways, actually. First off, there are a lot of self published authors, like myself, who put their books out for super cheap. Mine, for example, is only 99 cents. There are a lot at that price point as well as the $2.99 price point. If you happen to hate independent authors (shame on you!!)  then you'll often find your favourite mainstream authors have their books up for cheaper as an eBook than the print versions.